SWITCH would like to aplogise for any offence caused from the status shared by Terry Woods, With the amount of false and negative comments on social media over the last week, our team thought some light hearted fun aimed at our 18-21 demographic would raise some smiles within our community. Prior to this we have released 2 official statements, shown below, encouraging people only to visit SWITCH if they feel safe enough, and outlining our guidelines and protocols put into place for the health of our staff and visitors, of which non of these where shared by Terry on twitter.

With the governments stance on not closing venues we have no option but to trade our way through these very uncertain times, we, like many other businesses within Preston, that are still operating are a small fish in a bigger pond of larger commercial businesses still operating.

Any drinks promotions relating to Saturday Nights are in line with other venues drinks promotions in the city, of which licensing have been made aware of prior to launching (last Saturday), Now them venues have pulled there cheaper drinks deals, as promised, we have also done the same. SWITCH has always worked along side licensing in the city and will continue to do so, to keep our ‘’no incidents, well managed’’ track record at its high standard as it has been for the last 3 years.

We don’t encourage people to visit, but we are open if they choose to do so. Just like 90% of the cities late night venues, bars and restaurants. 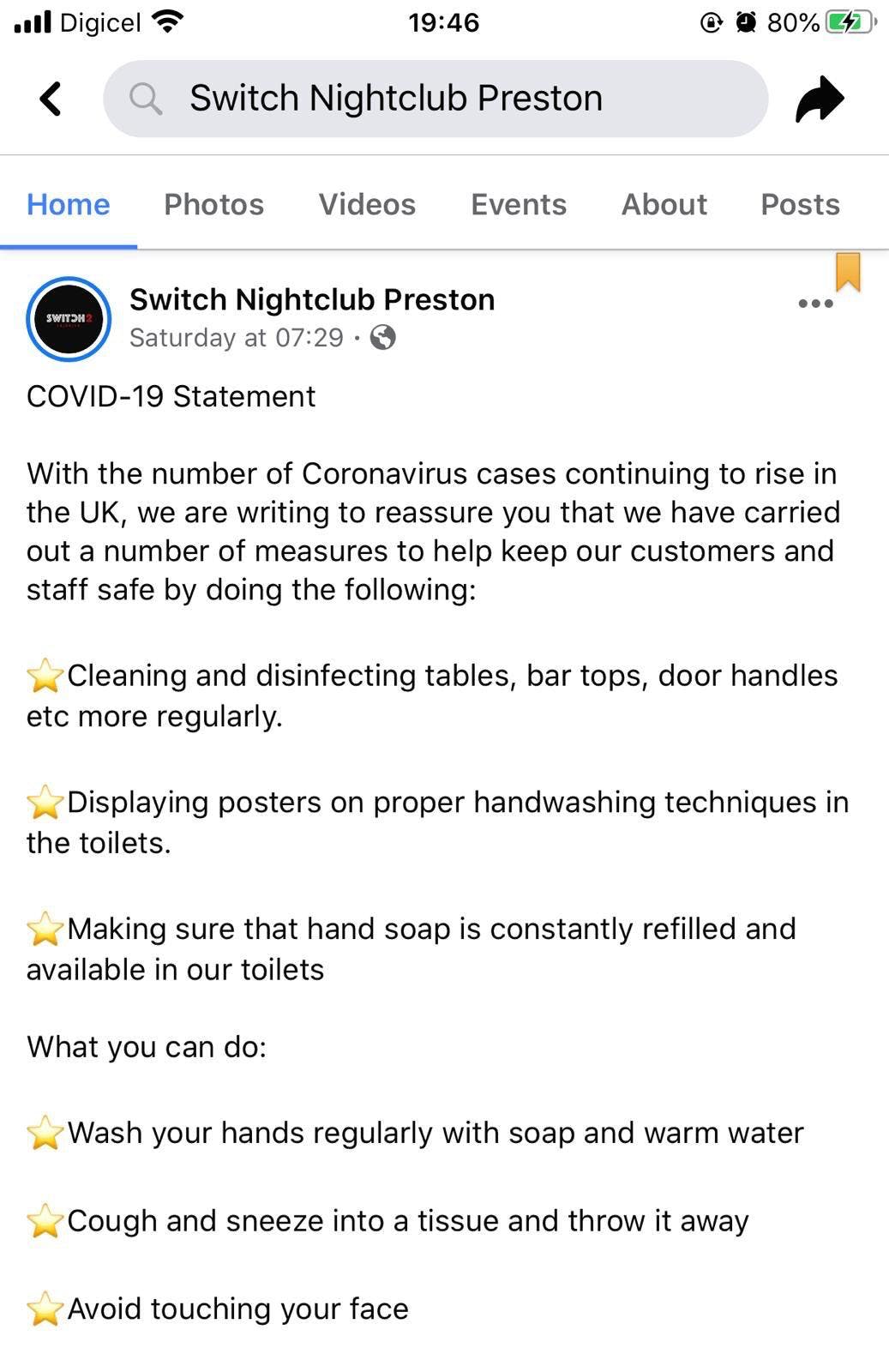 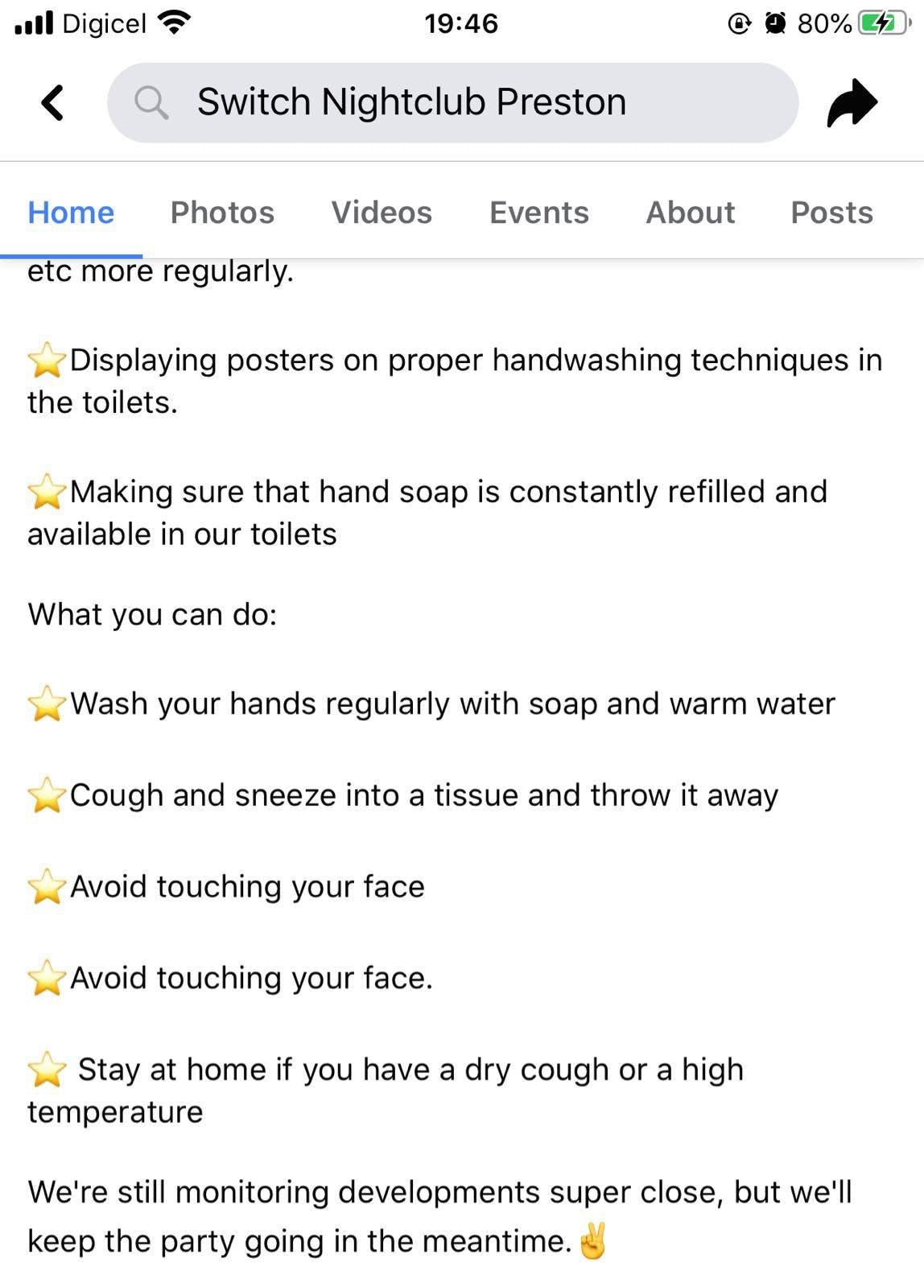